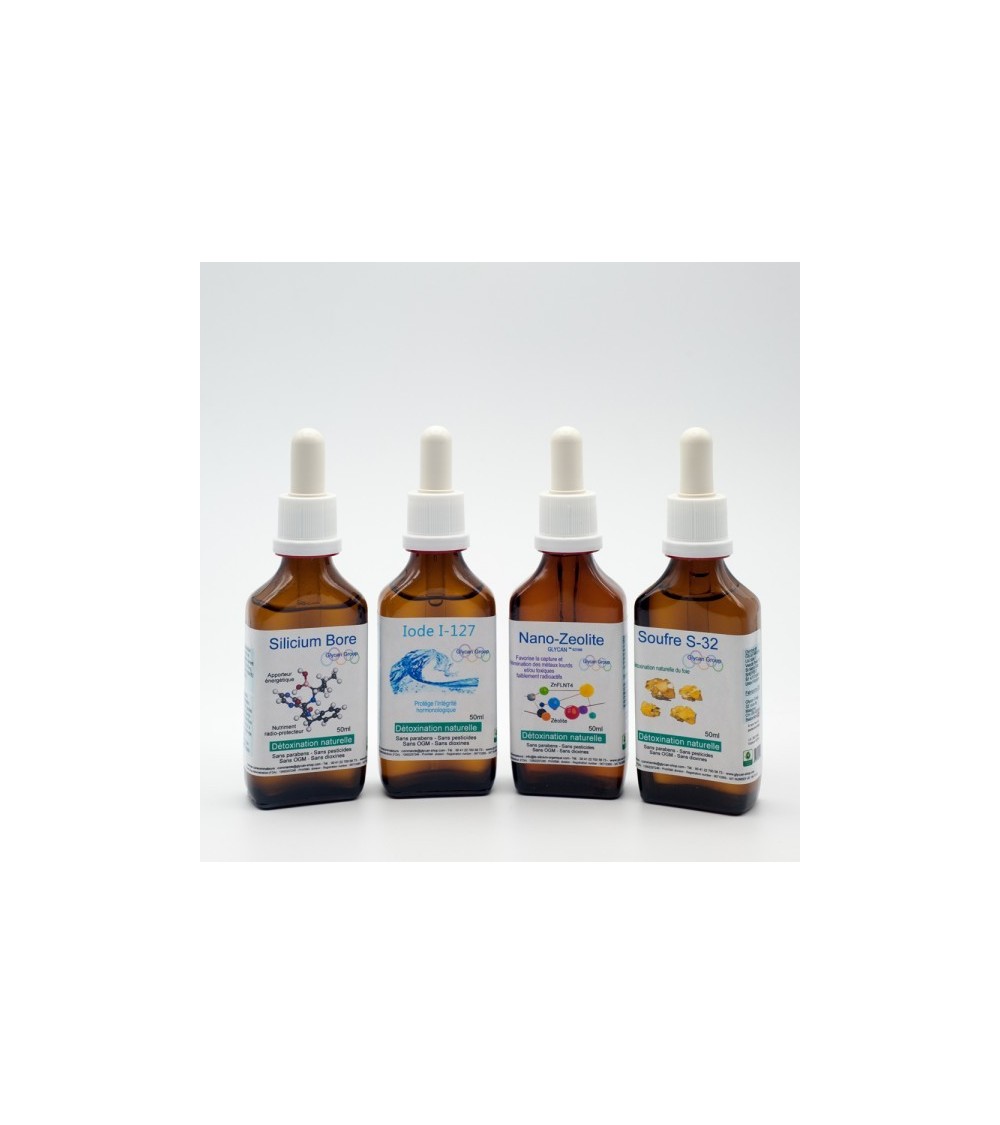 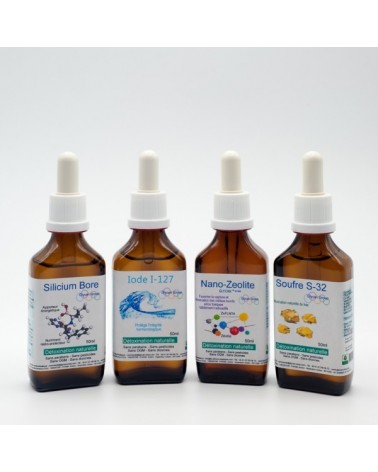 Protects from radioactive contamination and industrial. Also acts as a DETOXINANT and PROTECTIVE IMMUNE.

The nuclear products (radionuclides) from the fission of Uranium U-235 or of Plutonium 239 Pu (Actinide series Ac), are numerous and their radioactive decay (half-life, referred to as T, for which the elements lose half of their mass) varies from a few seconds to a few thousands or even millions of years.

Our DNA (the master builder of our engineering protein) is not produced chemically according to a model that can withstand radiation "hard" : X, Y (gamma) and UV, close to the gamma radiation (y).

The radiation of radioactive elements can change or slightly damaged, or irreversibly the life of our biology. Thus altering the nature of our DNA and most of our body's natural immune defenses.

It should be noted that it is not, however, possible, in this preliminary note of synthesis aimed at the general public, treating fully a topic as wide as it is dependent on the nature of the radioactive contamination sources and contaminants and media of the spread of agents radionuclides (water, earth, air).

It is nevertheless possible to prepare our biology to aggression in the future, or even close-ups of the radioelements, but the reader must understand that the biological damage and the distortion of our DNA that result from methylation with 13Carbone6 (radioactive isotope) to stable Carbon 12Carbone6 when the radiation damage the chains footprint of our DNA (the bases A,G,T,C). Also note that (28Si14) can be a protector of our DNA.

This radio-denaturation of our DNA is dose-dependent and also related to the time of exposure to radioactive sources - at a distance and through the physical particles (of radioactive fume, micro-and nano-particles of radioactive elements) that are absorbed by the oral route or by external, that is to say, the skin and mucous membranes.

The equation of radiological risk is therefore quite complicated to establish, but good approaches are conceivable to determine the risks of immediate, short -, medium-and long-term for our biology which hormonology, immunity, the ability of the sperm and, obviously, all the severe pathologies treatable or incurable.

The gradation of the nuclear risk to our biology (estimate)

On our DNA, the damages are more complex to elucidate in function of the models and of the biological functions that are the subject of evaluation.

There are 650 radionucludes of which 211 have mutagenic properties and affect our genetic heritage : the DNA.

It is difficult to know with certainty the full role of radionuclides in biological material due to the creation of proteins biodégradantes which quickly are formed or excreted from the body and which accelerate the phenomenon of mutagenesis.

Who will address the nuclear protection Glycan ?

Nuclear protection is available to the entire population subject to the possible collateral effects of the pollution, radiological-nuclear or industrial-conventional : dioxins, PCBs, and heavy metals, and toxic.

Pregnant women and children are the most vulnerable because the biological mechanisms and hormonologiques are very active.

Concerning the elderly, they develop less quickly molecules are mutagenic because the protein synthesis is slowed down from 30% to 60%.

However, it is important that the brain tissue of all people – whatever their age – to be preserved from the harmful actions of radionuclides and xenobiotics, including people with serious medical conditions and/or those who have undergone or are undergoing currently chemotherapies.

The Kit nuclear Glycan is also intended for animals and especially for fish.

How to be protected from the effects toxicogénétiques and mutagénétiques of radionuclides ?

The Carbon cycle is disrupted by the ionizing radiation and particulate.

The less problematic elements facing the radiation are Boron (11B5) and Silicon (28Si14).

The Boron also is pentavalent or trivalent, as well as the Nitrogen (N) which can be bivalent, trivalent or pentavalent.

Boron has stable isotopes : 10B5, 11B5, and is a moderator and absorber of neutron flux in nuclear reactions, therefore, in nuclear reactors set to be a great protector of our biological system (Carbon, Nitrogen, Oxygen,Hydrogen).

It therefore plays a role of moderator and absorber of the activity neutron (1n0) because of its cross-section 10B (3950 barns).

The Silicon - 28Si14 (= 2 x 14N7), defects of atomic mass close to, seems to be a good shield radioactive properties optoquantiques réverses of this element.

Everyone knows the properties of crystalline and atomic Silicon which, when irradiated by UV or X, produced immediate flow of electrons, so called electric currents.

These stream power contribute to the magnetism and the conservation of electrical energy cells.

Note that a cell consumes UV radiation in moderation, but also of the electric current (see our work on the radiative properties of the biological material in : The Lanthanides in 1986, and the book on The Quantum Medicine Intronic in 1991-1994-2011)

Silicon is the natural element that is best suited to protect the heritage DNA.

Silicon with its qualities optoquantiques can emit UV radiation when subjected to an electric flow intense. This singularity is exceptional for a stable element (28Si14) makes this element a nutrient radioprotective and energy.

We remind our customers that the products we sell are products of shape and well-being, and can in no way be considered drugs in their composition or in their form and presentation. They are completely natural. However, we invite you to consult your doctor who will determine your exact needs nutritional supplements. It is your responsibility to ensure with the latter, as these products can be a complement to your treatment without interacting with it. Food supplements should be used in the context of a varied and balanced diet and a healthy lifestyle.
Good-Health.ch cannot be held responsible for any disadvantages arising to a non-compliant to advice given on the product and on its packaging.

Do not exceed the daily dose indicated.

Keep out of reach of children 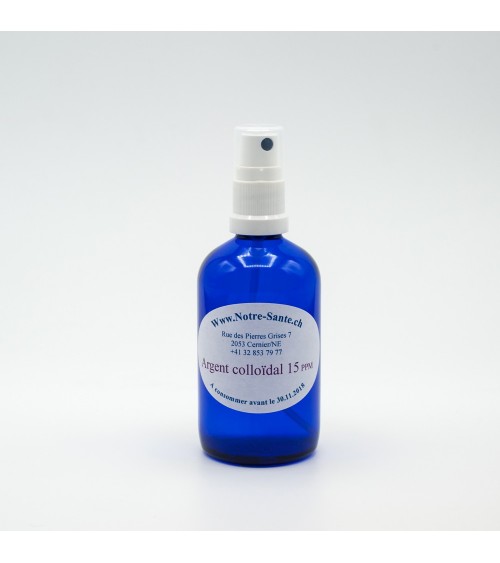 Price CHF13.20
This solution 100 ml spray, can be applied in a very easy and very convenient to carry 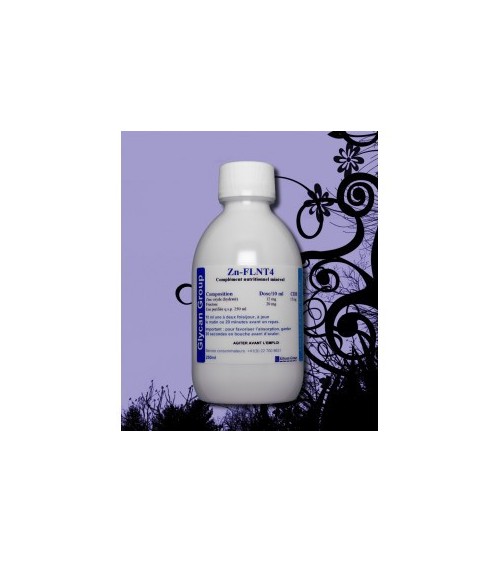 Price CHF18.70
This nutritional complex of Zinc has multiple physiological actions, and is involved in many metabolisms. Associated electro-chemically to a... 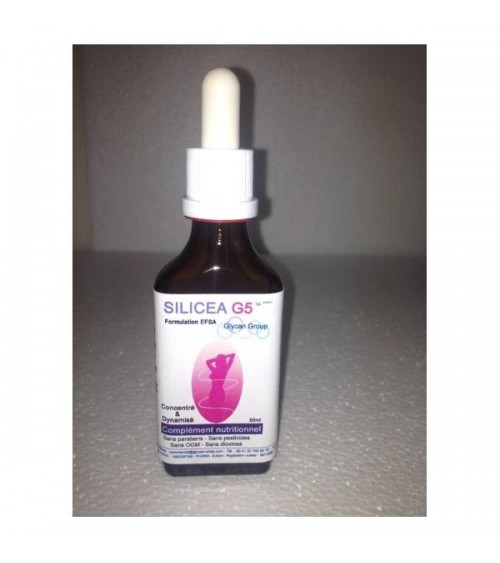 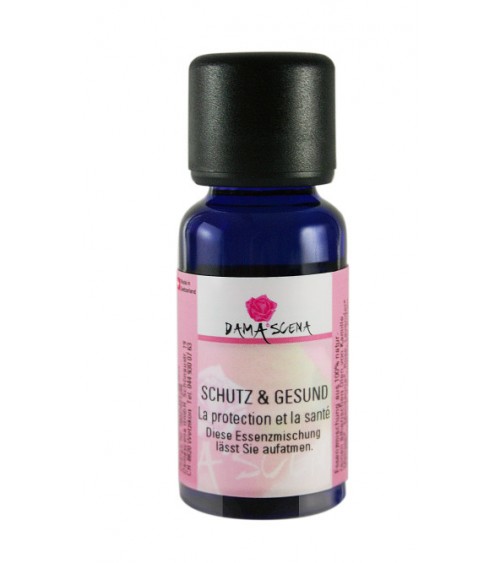 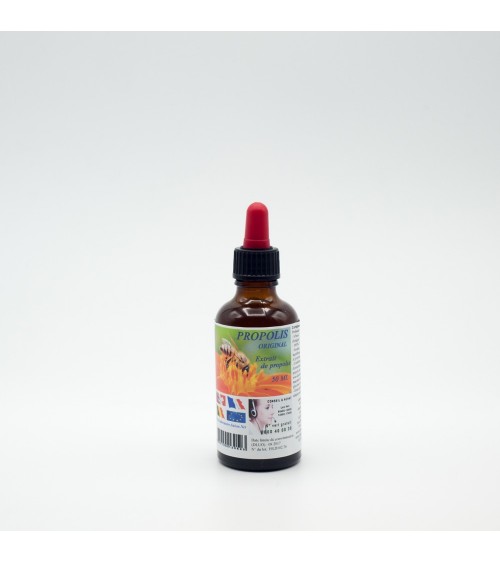 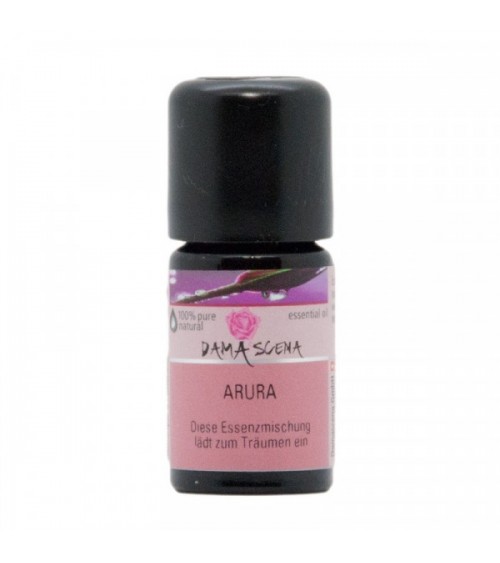 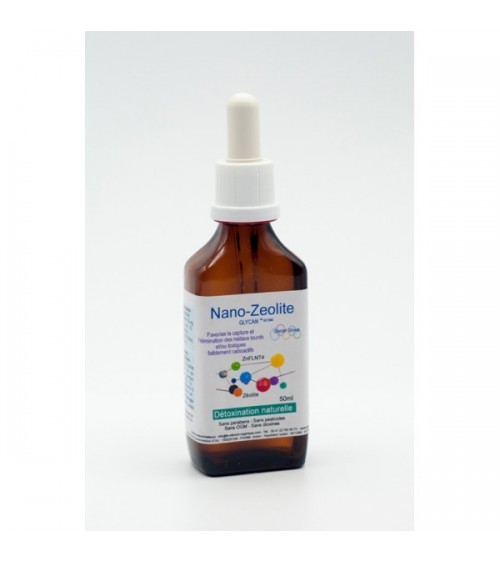 Price CHF25.30
Nano Zeolite, a natural formulation and scientific which you are guaranteed a detoxification safe for your immunity and that of your children. In... 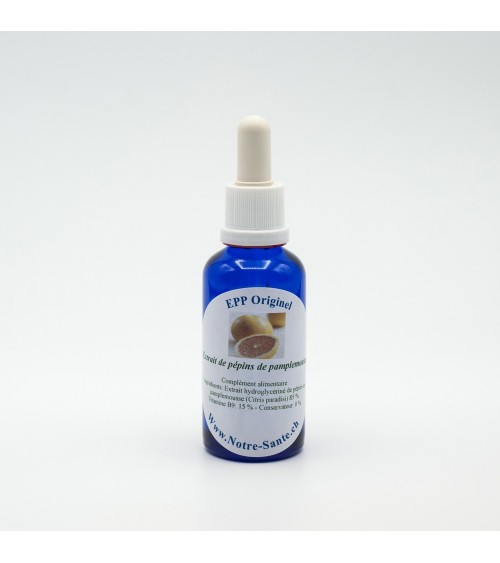 Price CHF14.90
The genuine extract of grapefruit seed extends to about 800 strains of bacteria and viruses, and about 100 strains of fungi, as well as a very...
Comments (0)
No customer reviews for the moment.